I’ll be staying in Pella, Iowa for two days looking for more information on my paternal gggrandparents, Calvin Jones Jackson and wife, Eliza Hood Jackson who lived near Pella in Mahaska County in a small town called Rose Hill.

Calvin Jones Jackson was a stock man and farmer born in 1820 in Indiana.  He and Eliza were married in 1841 and had eleven children (eight suviving) one of whom was Alice Lillian Jackson my father’s grandmother.  Eliza died in 1883 after years of poor health “and for the past two months has been a great sufferer.” according to her obituary.   She was greatly loved by family and friends.

A word about Pella: the windows you  may have in your home are made here!  Pella is a very pretty and prosperous town which celebrates it’s Dutch heritage. 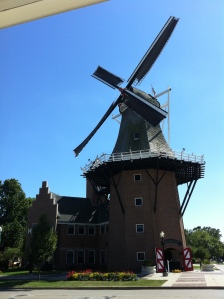